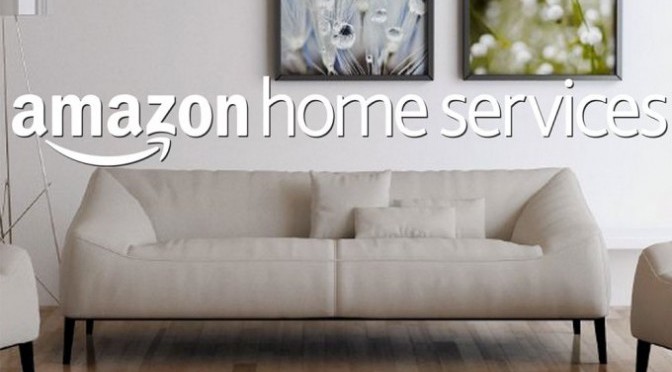 “Selling services on Amazon : reach customers in your neighbourhood and grow your business”

Amazon Dash Button : “everything’s at the touch of a button”

What at first was an online bookstore now becomes one of the biggest online retailers worldwide. Amazon sells pretty much everything, from home appliances to clothing and even groceries. Its business model enables users to be actively involved by allowing them to act as buyers as well as sellers. Buyers are also encouraged to review sellers and share their experiences to build trust among each others. These involvements lead to users as co-creators of value. According to Saarijärvi et al (2013), value co-creation offers opportunities in identifying new ways to support either the customer’s or the firm’s value-creating processes. This business concept allows Amazon to capture greater value than it could have independently.

Being an e-commerce site leader doesn’t stop Amazon to grow its business. Based on The Economist (2015), on March 30th it announced Amazon Home Services which sells services. This service has a trial version called Amazon Local Services, which has been testing in some American cities since late 2014. So how does it work? Customers in several cities in the United States can search for the services they need and purchase it or submit a custom request on Amazon.com. There would be builders, plumbers, mechanics, and even music teachers offering their services to customers in their neighbourhood. To simplify the transaction, standard services have set prices up front while custom services can be requested (Amazon, 2015).

This service is a smart move from Amazon (if it succeeds), it offers convenience for customers as they will be able to locate nearby builders, plumbers, or any other services available in the website. Customers can purchase a service while shopping for products related to it, therefore Amazon encourages people to buy products (i.e. home appliances) from them as customers can simply have it installed too through the service. Not only that, the services providers also gain benefits from this, as Amazon takes care of the payment process while also exposed them to potential customers through the website and also provides them with easy-to-use tools.

As if the Amazon Home Services announcement is not enough, the firm has another news this week. It introduced Amazon’s “Dash” buttons, wireless-connected buttons for members of its Prime scheme branded (The Economist, 2015). The idea is consumers have these buttons in their homes and they can simply press it whenever they need certain household items. By pressing the button, an order of those certain items will be placed on Amazon.com then delivered to the customer’s home. People always keep trying to find new ways to make their life easier and this button is certainly attempting to do so. Though it seems easier to simply push a button rather than actually order an item online, which might required more than a couple of minutes, I have my doubts in this “smart” buttons. People obviously have lots of household items, not just a thing or two, and though it’s still not very clear about the technical of these buttons, I think people wouldn’t want to have lots of buttons in their homes for each of their items. And also, since it is a button, it would be small and people could easily forget where they put it and lose it. It would be even trickier for people who have kids at home. That being said, I don’t think these buttons would be practical to use.

Meerkat is a promising application: the start-up got over 4.2 million dollar in funding and has over 120,000 users already.[2] Furthermore, after the successful introduction of Meerkat, Twitter launched its own streaming application called Periscope. Both Meerkat and Periscope allow Twitter users to broadcast anything they like. I’m conviced that these streaming apps will shake up the news industry.

Already, news organisations started experimenting with both Meerkat and Periscope. The Economist correspondent Henry Curr answered questions send in via Twitter, using a Meerkat stream. According to the Economist, ‘Meerkatting’ is perceived more informal and a great way to engage with their Twitter audience.[3]

Already, consumers are adding value to the news industry by sharing information about any kind of occurrences on social media (both text and pictures). This is already being used by journalists to pick-up the latest news flashes: 45% of all journalists put out 60%-100% of all they publish as soon as possible – without checking facts – and correct later if possible. Just 20% of the journalists always check the facts before publishing.[4] Via the streaming apps, consumers can start adding value to the news industry by sharing directly what they see: it’s an additional point of view next to traditional news organisations and, moreover, viewers can interact with the broadcasters. Concluding, you and me can help sharing news quicker and more reliable.

So from now on, news organisation are becoming of less importance in providing news to societies? No, that’s a misunderstanding. Meerkat and Periscope were widely used after an explosion in York City. Some were stating that these broadcasts were introducing a new era of journalism, while others were less convinced by the usage of the streaming apps. Jacob Brogan, Future Tense research associate, stated that “People weren’t getting information from either that they couldn’t have found more easily and more clearly on Twitter” because “it was too far from the scene to reveal more than the fact that the fire was still burning”.[5] I do not think that Brogan isn’t right there, but the ‘Meerkatters’ aren’t replacing journalists. While news organisations will remain the most reliable source for news, ‘Meerkatters’ can show news from a different angle and, moreover, followers can interact with the Meerkatters.

You and me are not going to take over news organisations – we shouldn’t even want to do that – but we are going to add value to the news industry!

Do you know something about “wearable technology”? Imagine: clothing and accessories incorporating some advanced technology capabilities. These kind of innovations are the real example of how technology is nowadays part of our everyday life.

In this post I would like to talk about one of the latest wearable technology that will be released on the 20th of March by Under Armour: Armour39. It is an athletic performance monitoring system that measures how hard an athlete pushes him or herself during a END_OF_DOCUMENT_TOKEN_TO_BE_REPLACED