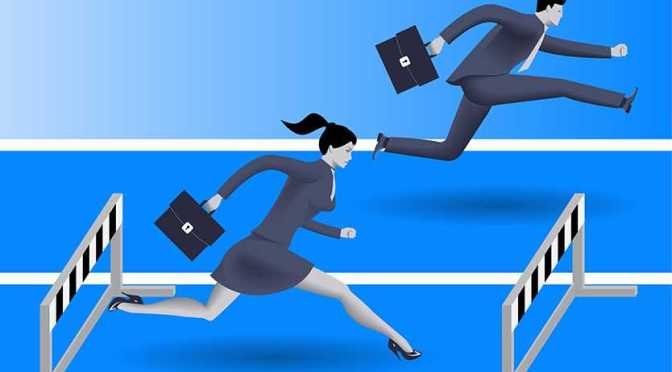 This blog post aims to provide a review of the research paper “How Unbecoming of You: Gender Biases in Perceptions of Ridesharing Performance” published by the researchers Greenwood, Adjerid, and Angst in 2018. The post concludes with a business case of Uber, which relates closely to the paper’s topic of the perceived gender biases in ridesharing performance.

The main objective of this research is to unravel significant biases that exist when consumers place a review online. More specifically, the researchers decided to focus on the gender biases that might take place on ridesharing platforms. While aspects of the rating process have a role to play, the characteristics of the rater and ratee have been found to have an effect on the willingness to transact. That is, the ex-ante evaluation of quality, meaning how an individual assesses a product or service before actually consuming it. These ex-ante quality perceptions were examined against the post transaction perceptions of quality. A few papers have previously addressed gender as a possible factor that can affect service quality evaluation. However, this paper delivers novel and valuable insights by taking into consideration gender as a plausible factor that could affect user post-consumption evaluation.

The researchers measured the perception of quality both before and after the service and developed three hypotheses to test, namely;

To test the hypotheses, the paper uses an experiment with a 2 (gender) x 2 (race) x 2 (Historical Quality) x 2 (Experience Quality), between-subjects research design. The researchers informed the participants that they represented a new ride sharing service, called Agile Rides. Agile Rides was in the process of being launched and participants’ assistance was required to understand what makes a good rider experience, bringing the experiment closer to a real world setting.

One of the main findings of the paper was that with historic quality being available, gender bias does not penalize women drivers before the service is rendered in a ridesharing context (H1). However, if the service provided by a woman is of a lower quality, worse ratings accrue for females relative to males with the similar performance (H2). Furthermore, when the tasks were considered highly gendered (either feminine or masculine), these penalties were intensified when performed by female drivers than by male drivers with the same performance (H3).

Although there is no question regarding the relevancy of the paper, multiple strengths and weaknesses do exist. First, one strength of the paper is that gender and quality manipulations are extensively tested in the pre-studies. This allows the researchers to make accurate comparisons of perceived quality before and after the experiment has taken place. Second, the paper delivers high practical implications for services that work with online rating systems. These services can now identify which steps they must take in order to limit how gender bias is affecting the perceived quality of services offered.

However, one weakness of the paper is that the researchers did not account for previous ride sharing experiences of participants. These experiences, either positively or negatively, could have influenced their quality perceptions. One suggestion would be that the researchers should inquire about the respondents’ previous ride sharing experiences. By doing so, the researchers could examine and compare the responses of the respondents with positive, negative, or no previous ride sharing experiences, in order to find out if pre-ride sharing experiences could yield different results. Second, participants were asked to imagine a hypothetical situation, which creates the risk that riders’ behaviour in real life could differ from what they have indicated. According to Ajzen et al. (2004), bias in hypothetical situations exist because individuals imagine that they will act according to social norms and expectations, which is not always the case in real life. The results in a real world setting could therefore differ from the results found in the research. A possible solution to this problem is to implement Virtual Reality (VR) when measuring the quality perceptions of the participants. Instead of only relying on text to imagine a situation, participants can now also experience it with visuals. Situations closer to real life settings can be created and bias can be reduced.

An example of a company that outsources driver ratings and has experienced gender bias in their evaluation system is Uber.

Generally, after a ride, a passenger is asked, through an Uber app, to rate the driver anonymously using “1- to 5-star scale” (Rosenblat et al., 2016, p. 3). Leveraging anonymous consumer-sourced ratings, Uber outsources driver evaluation to consumers. Nevertheless, as consumers enter their ratings into the system, algorithms also record the consumers’ implicit biases. A case study on Uber reveals that driver ratings are highly likely to be biased by factors such as race, ethnicity and gender (Rosenblat et al., 2016). In the world, there are laws that protects consumers from direct discrimination such as The Equality Act 2010. However, there is currently no law that handles indirect bias like those generated from consumer-sourced ratings. As such, the authors of the Uber case study propose following ten interventions to limit bias in the consumer-sourced ratings (Rosenblat et al., 2016).

The last two interventions prompt to alter the legal aspect of ride-sharing platforms:

Ajzen, I., Brown, T. C., and Carvajal, F. 2004. “Explaining the Discrepancy Between Intentions and Actions: The case of hypothetical bias in contingent valuation,” Personality and Social Psychology Bulletin (30:9), pp. 1108-1121.