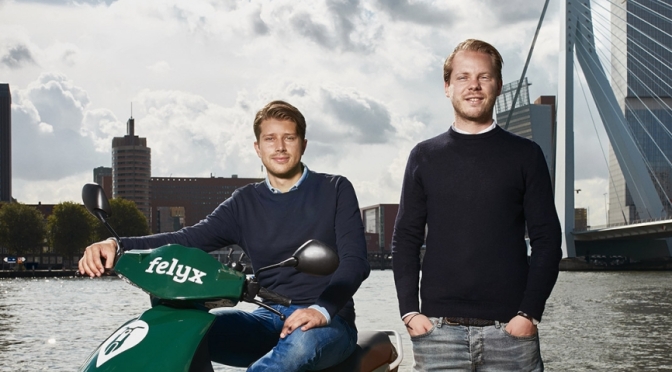 “When people think of Airbnb, they visualize accommodation. However, Airbnb itself is nothing more than a tech company, cleverly using software that translates into more than a million rooms across the globe” (Eventige.com, 2019).

Whilst Airbnb was founded 11 years ago, it has become one of the leading companies in the hospitality industry. Contrarily to traditional firms in the hospitality industry, Airbnb does not own any property, but offers a platform on which users can rent their own houses and property to each other (Guttentag, 2015). Between 2016 and 2018, the estimated value of the company has skyrocketed to approximately 31 billion dollars, worth more than multi-billion traditional hotel chains Marriott and Hilton (Smith, 2018).

Sharing economy
The phenomenon of the sharing economy refers to the “sharing of both physical and nonphysical goods and services through the availability of various information systems on the Internet” (Hamari, Sjöklint and Ukonnen, 2016). Airbnb is seen by most as the precursor of the sharing economy, being an inspiration for other firms which have built their business model around the concept of the sharing economy (Proserpio and Tellis, 2011). As the hospitality industry was disrupted by the innovative tech company Airbnb, the transport industry has been disrupted by several companies with similar business models. Uber and Lyft are examples of such companies, both to have disrupted the taxi industry with peer-to-peer platforms (Cramer and Krueger, 2016). Along with the disruption of traditional industries, new concepts came to life as well. An example of such a concept would be the carsharing industry. Car2go is one of the leading companies in the carsharing industry. Originally founded as a subsidiary of automobile producer Daimler AG in the late 2000s, Car2Go enables a user to commandeer a shared vehicle and only charges a fee for the time driven (Martucci, 2018). Car2Go has experienced tremendous growth and reached 3.6 million members in 2018 (Martucci, 2018). After noticing the success of Car2go and the rise of the sharing economy, two Dutch entrepreneurs thought off a similar concept which resulted into the successful start-up Felyx.

Felyx profits by charging a 30 cent per minute fee for the time the scooters are used. Furthermore, in case of incidents, large fees are charged to the users responsible. By the end of 2018, Felyx has grown to 50 thousand members and has expanded its business to Rotterdam and The Hague (Van Raemdonck, 2018). Furthermore, Felyx is planning an expansion to cities as Utrecht, Den Bosch and Eindhoven, as well as a move to outside of the Netherlands, where it has to compete with E-Scooter sharing companies as Cityscoot (France) and Emmy (Germany)(Govecsgroup.com, 2018).

Felyx
Felyx was founded in 2017 by Quinten Selhorst and Maarten Poot and is one of the pioneers in the e-scooter sharing industry (Govecsgroup.com, 2018). By collecting a starting capital of 700 thousand euro via a crowdfunding campaign, Selhorst and Poot were able to place the first 108 e-scooters in Amsterdam (Boerop, 2018). Felyx’s concept is as follows: within the service area users can rent a scooter for 30 cent per minute. Through the mobile app users can find the location of the parked scooters, unlock them and thereafter they can drive the scooter wherever they would like. Parking the scooters and ending the drive, is allowed anywhere at any time. If the drive has ended, the scooter will appear once again on the mobile app as available with its renewed location (Van Raemdonck, 2018).

Being similar to the concept of Car2Go (however with scooters instead of cars), Felyx offers a new way of transport, forming an alternative to public transport and the traditional taxi industry, as well as forming an alternative to disruptive companies as Uber. Felyx is unique in the Netherlands, as it is the first company in the Netherlands to offer the possibility to make use of shared scooters (Govecsgroup.com, 2018). Whereas most companies in the transport business which have built their business model around the concept of the sharing economy offer services involving the use of cars (e.g. Uber, Car2Go), Felyx offers a service involving scooters, which are perceived by many to be more convenient for transport within a city (Brustein and Lanxon, 2018).Furthermore, whereas companies like Uber had the regulatory struggle with entrenched taxi industries about unfair advantages, Felyx does not oppose an incumbent industry which could sue them about similar issues (Brustein and Lanxon, 2018). This offers Felyx an advantage in gaining market share.

What is the value created?
Felyx creates value for users in several ways. A first example, as mentioned above, would be that they introduce a new kind of shared transport, which is perceived as more convenient within cities than their competitors as Car2Go (Brustein and Lanxon, 2018). Second, as Felyx’s scooters can be rented per minute, they offer a cheaper alternative to rental companies which usually rent per whole day (Martucci, 2018). Third, as all of Felyx’s scooters are electric scooters, they are better for the environment than most of their competitors. This ensures a sustainable advantage for Felyx.

What are the challenges?
Besides Felyx’s strengths, the company faces several challenges as well. The main challenge Felyx faces, would be the regulatory struggle it has with municipalities. In Amsterdam, Felyx was ordered to remove all its scooters from the streets in line with the removal of four shared bike services in a battle with nuisance caused by the shared transport services (Kruyswijk, 2017). Even though Felyx was able to fight the above-mentioned decision (Boerop, 2018), if in the future similar decisions will be made by municipalities or the government, Felyx will face a gloomy future.

Additionally, another challenge for Felyx would be that the expansion possibilities might not be too big. The concept is expected to work only in the bigger cities of the Netherlands (Keunen, 2018) and the competition in the rest of Europe is fierce (Govecsgroup.com, 2018). Moreover, outside of Europe, riding a bike is not considered as mature way of transport, let alone driving by scooter (Brustein and Lanxon, 2018). These factors might limit Felyx’s potential growth.

Smith, J. (2018). From broke to billionaires: The rise of Airbnb founders. Retrieved from https://www.dailymail.co.uk/news/article-5918039/From-broke-billionaires-rise-Airbnb-founders.html