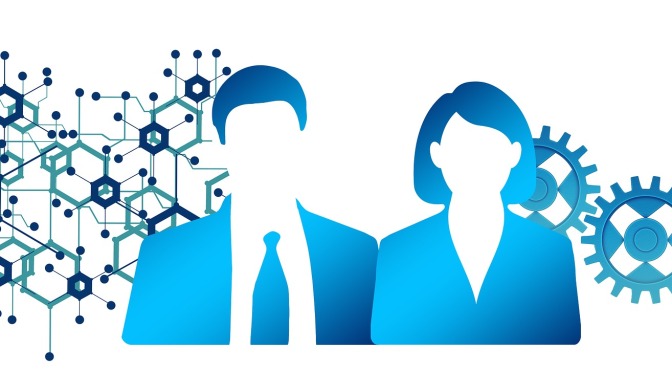 An infamous adage states “Birds of a feather flock together”. This implies that individuals favor other individuals that are similar to them. This not only applies to one’s personal life, but also to his professional one. As such, with this logic in the workplace people should try to help and promote others that share identical traits to them.  However, is that truly the case? Cohen, Broschak & Haveman, (1998) conclude that when women are numerous in higher-level position, promotion for other women is less likely. The researchers argue that the women managers do not feel the need to push for the advancement of their women subordinates. What motivates such a behavior?

Greenberg & Mollick (2017) chose to investigate this question by further researching homophily and more specifically its underlying mechanisms. The authors defined homophily as the “tendency of individuals to associate with others based on shared characteristics”. While homophily had previously been researched, the underlying causes behind the phenomenon were still unclear. The researchers distinguished between two kinds of homophily: induced and choice homophily. On the one hand, induced homophily is a result of homogenous networks that perpetuate themselves. Thus, the offered opportunities of interaction, such as schools for instance, are homogeneous and led similar individuals to associate with one another (Kossinets & Watts, 2009). Greenberg & Mollick (2017) were interested in researching choice homophily, which according to Kossinets & Watts, (2009) is more related to individual preferences and choices we make as a result. However, Greenberg & Mollick (2017) argue that choice homophily can in fact be further divided into two different constructs that would explain the conflicting results in previous research concerning homophily.

In order to focus on choice homophily, the researchers decided to conduct their studies in the context of crowdfunding. Indeed, induced homophily is reduced in two ways in this environment. Firstly, there is no formal gate keepers, unlike in venture capitals, and anyone can support a project thus making the opportunities for interaction heterogeneous. Secondly, Internet does not limit the environment in which people interact, which gives them broader choices in terms of who they wish to support.

Various elements motivate individuals to fund projects, such as a philanthropic behavior for donation-based crowdfunding. Nevertheless, it is important for individuals to be aware of their unconscious biases in order to make choices that they truly support. Why did I choose to fund this person’s project? Was it solely based on the project itself or did his gender impact my decision?

To find evidence for their newly defined activist choice homophily, Greenberg & Mollick (2017) conducted two tests. The first one was a laboratory experiment. 399 students at two private universities in the Northeastern US participated. A technology project that had been successfully funded in Kickstarter was chosen, as it is an area in which women are underrepresented and therefore portrays a group-level disadvantage appropriate to test for activist choice homophily. Furthermore, measures were taken to mimic real life circumstances. As such, key crowdfunding aspects such as a description, that are also antecedents for success, were added. The only two manipulated elements were the name and the picture of the founder as they portrayed his gender. The design of the experiment was a 2 (founder gender) × 2 (participant gender) design. That entails that half of the women participants were perceived the founder as the same gender as them and the other half saw him as a male. The same conditions applied for male participants. Several measures were taken to avoid possible cofounds when manipulating the picture and name. Different components measured the both types of choice homophily as well as one’s support for a funder. For instance, respondents were asked how much of $1 they were willing to donate to assess the latter.

A field experiment was then conducted with data on 1,250 Kickstarter projects from 5 categories:

Restrictions were imposed on the sample, such as eliminating projects that sought less than $5,000. Control variables were defined to assess whether key Kickstarter aspects, such as whether a project was featured, biased the results. Robustness checks were also done to check the scales.

The main results of this study are the following.

All in all, this research not only explored a subject that had not been properly researched (aka the underlying mechanisms of homophily), it did so in a very thorough manner. Thus, the results found in the laboratory experiments were confronted to those collected later in the field experiment. This approach guaranteed that the conclusions found were of high external validity and thus were applicable in real life. Moreover, control variables were used to make sure activist choice homophily was responsible for the effect that was observed on donations and funding decisions. In addition, robustness checks were conducted to test the scales.

In conclusion, this paper is not only relevant for consumers to better understand the unconscious motives behind their choice. It also concerns managers. Indeed, implications of this research go beyond a crowdfunding context. Even though the interaction that induced homophily would have with activist choice homophily is tough to assess, the latter also has a role to play in more traditional funding processes, such as a venture capital and even in a workplace in general. As such, to fight against women underrepresentation in technology, the solution has been to increase the proportion of women in related entrepreneurships and venture capitals. Nevertheless, with the concept of activist choice homophily, it appears that activism has an important role to play as well in breaking the constraints women face in such a field. As such, efforts in representation of women should be continued. However, it should be complemented with initiatives to increase identification, mutual support and activism for the individuals of unrepresented groups.