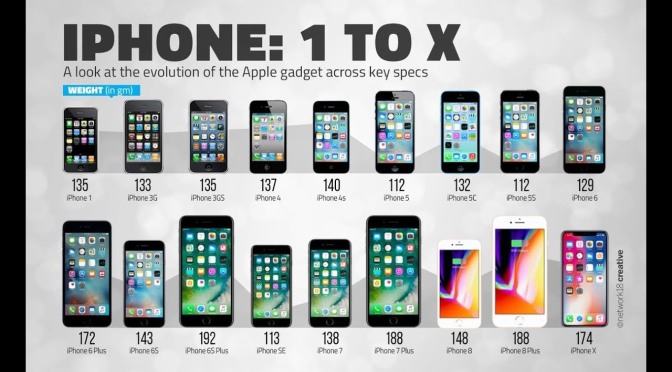 In this post I will review and discuss the article ‘Pipelines, Platforms, and the new rules of strategy’ published in Harvard business review April issue of 2016.

In the introduction of the article the success of the Apple iPhone is highlighted. When the iPhone was first released in 2007 Apple was a very small player in the phone manufacturing industry, but by 2015 the iPhone was singlehandedly generating 92% of all the profits in the industry. The authors attribute this success to Apple’s intelligent view of what a mobile phone is. While other phone manufacturers saw mobile phones as just products with a certain amount of features that may or may not be innovative, Apple considered the iPhone to be a platform and focused on building a community around it instead.

The iPhone was used by Apple to create a two sided platform, bringing producers and consumers together in one place. Enabling Apple to take advantage of network effects. By doing so platform business models can be a destructive force to traditional, or as the authors of this paper prefer to call them, pipeline business models. When we consider disruptive platform businesses we tend to quickly think about disruptive startups such as Airbnb and Uber. However, the Apple iPhone was just as disruptive to the phone manufacturing industry as Airbnb and Uber were to their respective industries.

The authors identify three key shifts a successful platform has to make from a traditional business model. First platforms need to identify that its most valuable resources are likely not tangible assets, but intangible assets. The network, consisting of the community of producers and consumers and all the assets they bring to the table, is the platform’s most valuable asset. Second, this means that facilitating interactions between the consumers and producers should be your number one priority. Internal optimization of processes, which is key for pipeline businesses, becomes less important. Persuading new participants to become part of the ecosystem and governing said ecosystem is an essential part of running a successful platform business. Last, Platforms do not need to worry about maximizing customer value because they rarely engage in transactions with customers themselves. Instead, platforms should focus on maximizing the value of the ecosystem by utilizing network effects.

The authors then go on by discussing the strategic implications the platform business model has for businesses. They argue that the optimal strategy for pipeline businesses can be determined by looking at the competitive forces as described in the the five forces model, introduced by Micheal Porter in 1979. (Porter, 1979) However, they then go on by saying the five forces model is not fully applicable to platform businesses as the model does not take into account network effects. I believe this to be a powerful observation. Platforms do not only compete against other producers, but also compete against other platforms. The stability regarding the other four competitive forces is also disrupted. Platform participants can be suppliers and buyers, but a participant does not need to play one of these roles exclusively. Successful platforms are often the ultimate substitute threat to an industry.

The final important factor for platforms to take advantage of strategically are the positive spillover effects that emerge from a platform ecosystem. Positive spillover effects in platform ecosystems exist mainly in the form of user data. It is important that platform bulginesses capture as much of this data as possible, as it can be used to improve the core user interactions by generating more helpful matchmaking recommendations and pricing policies. The usefulness of a data set increases with its size. Platform businesses should therefore be worried about increasing the size of its ecosystem and volume of its its facilitated interactions. Standard metrics to measure a business’s success do not necessarily apply to platforms, as expansion and size are more valuable to platforms due to network effects. Sadly network effects also work in reverse. If a platform is managed poorly, and negative instead of positive feedback loops emerge, network effects can reduce the value of a platform rapidly.