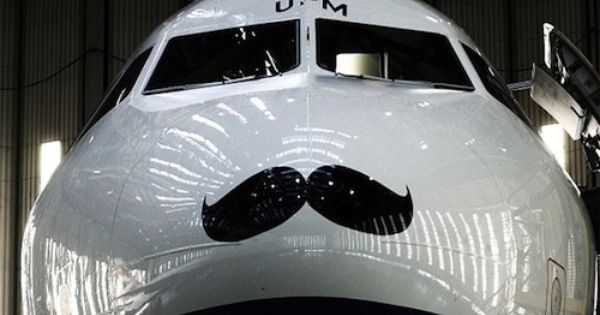 It all started as a joke; 30 Australian men decided to undertake a fundraising activity to raise money for prostate cancer, testicle cancer and depression amongst men. The fundraising activity entailed the following: not shaving your moustache for 30 days during the month November. Movember was born. The fundraising activity transformed into a yearly event raising donation for prostate cancer, testicle cancer and men’s health in general. By 2014 the Movember foundation managed to raise more than 409 million euros.  By stimulating men to participate with Movember, the foundation tries to encourage early discovery of cancer and reduce the number of preventable deaths due to these types of cancer and other health issues.

When thinking of successful business models, charity foundations are not the first things that pop into mind. However, the enormous success of the Movember foundation is too striking to go unnoticed. One could say it has transformed into a global movement. How does this foundation differentiate itself from other annually re-occurring charity events? Let’s start with how it works:

First, to participate in the challenge, participants have to register to the foundation’s online platform. After that they can opt to grow a moustache for 30 days or to set a distance goal that the participant can either run, cycle, walk, row or swim towards. Another option is to host a Movember event, this can be anything from sports competitions to music events. The last two options also allow women to participate.

And what exactly is the success factor behind this strategy? It’s hard to pinpoint a single factor, especially because of the lack of research that has been done in the field value co-creation campaigns like Movember. Rather it is a multitude of factors combined that has made the Movember campaign such a thriving success.
The campaign is mainly reliant on the community participation and conversation through social media and worth of mouth, and hardly uses different sources of marketing such as above-the-line advertisements (Ogrodnik, 2014). By empowering its participants, Movember has handed the control over to the community. Instead of funding a campaign, participants run their own campaign (Meade, 2013). The Movember foundation makes use of so called “ value co-creation” (English and Johns, 2016).
As described by Nelson et. al 2014: “Value co-creation positions customers as consumers and producers alongside multiple actors within a network of continual, contextually contingent interdependent exchange” (English and Johns, 2016).

Firms or foundations are not longer the sole producer of value, rather they increasingly let the consumers participate in the creation of the value. Rather than approach consumers as end-consumers, they let consumers actively engage, creating mutually beneficial circumstances in which value is jointly created. Often this value is much greater than the company/foundation could ever have achieved alone (Darmody, 2009).

the Movember foundation would never have managed such an enormous reach by undertaking all its advertising itself. Instead by creating a platform for participation, it allowed its participants to playfully interact and create a social community, which ultimately led to Movember going viral with world-wide exposure.

So when the clock hits 23:59 on the 30th of November, does that mean that Movember is over? No it does not. After the yearly campaign has finished, it’s time to focus on all the achievements and the results that come from the raised funds and to think about possible new causes that Movember can support.

So what are the downsides of Movember’s strategy? One of the key challenges of such a viral campaign is to stay consciously linked with the cause. There is a large amount of people that have heard from Movember, and know that it is about growing a moustache in November, but are not aware of the charity message behind the campaign.  Furthermore, some big corporations actively promote the campaign, however the foundation has to be careful not to be taken advantage of. Sometimes the line between social corporate responsibility and the corporate’s brand building can be very thin, as some are earning on “moustache merchandise” and do not donate anything to the foundation (Beanland, 2014). Critics say that Movember is a good example of how egocentric charity has become, that participants use it as a public display for promoting their moral values, a form of exhibitionism (Brussen, 2012).

In my opinion, if using people’s exhibitionism to raise money works, it works. I’m very curious to see what the future for Movember will hold.

Sources:
Beanland, C. (2014). Take a punth on it: From Veganuary to Decembeard – How each month of. [online] The Independent. Available at: http://www.independent.co.uk/news/uk/this-britain/take-a-punth-on-it-how-each-month-of-the-year-became-a-charity-endeavour-9033226.html

Isaac, A. (2015). How Movember is outgrowing moustaches. [online] the Guardian. Available at: https://www.theguardian.com/voluntary-sector-network/2015/dec/02/how-movember-is-outgrowing-moustaches

Meade, A. (2013). Movember: from grassroots to global growth. [online] the Guardian. Available at: https://www.theguardian.com/voluntary-sector-network/2013/nov/01/movember-grassroots-to-global-moustaches

Ogrodnik, I. (2014). What makes the Movember movement so successful?. [online] Global News. Available at: https://globalnews.ca/news/1637616/what-makes-the-movember-movement-so-successful/