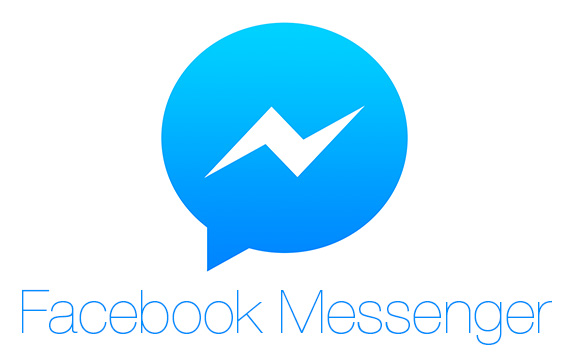 Messenger, the free instant messaging service available on iOS, Android and Windows, is becoming more of a big deal. Both WhatsApp and Facebook Messenger are currently tied for the first place at one billion active monthly users worldwide. 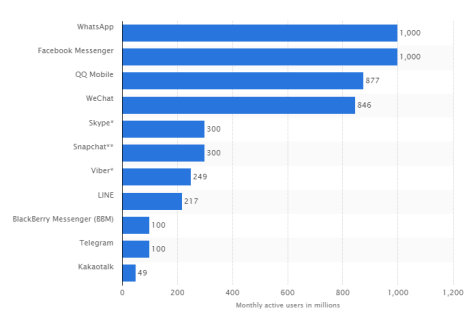 At first, it seemed as a confusing value proposition by Facebook to push all its users to download a new, additional mobile app for the chat features of Facebook. However, in November 2014 after Mark Zuckerberg justified the decision to force users that use the Facebook app to download Messenger in order to get access to the chat feature of Facebook, it was quite clear that soon, Messenger would start competing with its rivals (eg. WhatsApp – although it is owned by Facebook, Skype) for monthly active users ergo market share.

We saw that the top messaging apps people were using were their own app. These apps that are fast and just focused on messaging. You’re probably messaging people 15 times per day. Having to go into an app and take a bunch of steps to get to messaging is a lot of friction. – Mark Zuckerberg

Messenger isn’t the only ‘extension’ app that Facebook has developed. The social media giant has also developed Facebook Groups, Facebook Pages Manager, Moments by Facebook, Facebook Mentions, Facebook Ads Manager and a couple of additional apps available on Google Play, Windows Store or Apple Store. However, Messenger is currently seems to be the only app that is has created a business model on its own, separate from Facebook. This notion was undoubtedly confirmed when Facebook announced to that you can Sign Up for Messenger without a Facebook account – all you need is a phone number. Additionally, as of yesterday, Messenger has rolled out Messenger Day, the chat app’s new Snapchat stories clone. After Instagram Stories and WhatsApp Status, this is another direct competitive response from the portfolio of companies that Facebook owns, to Snapchats enticing young and audience that watches over 8 billion mobile videos on a daily basis. What a textbook example of platform envelopment – the process by which a platform in one market enters another market by combining its own functionality with the functionality of the target market’s platform features and is leveraged by the existing user base of the platform that is in the process of enveloping.

So what is the actual business model of this (optionally) standalone app?

Mark Zuckerberg is now in the second stage in monetizing Messenger and WhatsApp, however it is being extremely careful not to disrupt the user experience of such an app, which could deem destructive. In this second stage, Messenger has already developed over 33,000 chat bots for businesses. An example of a business owning such a chat bot us ENECO, the Dutch energy supplier that allows you to input your energy meter value via the Messenger app.

Such a feature essentially allows companies to automate certain processes or even customer service tasks within their business and connect with their audience via a more relevant channel. For users, it simplifies tasks, speeds up communication and thus increases the overall convenience. David Marcus, the VP of messaging suggested that Day will “probably” have advertisements in between posts, therefore creating a new cash-inflow source, similarly to that of Snapchat advertisements.

Users of Messenger are better off since they have access to a fast and reliable instant messaging app that is constantly growing with features. Similarly, companies can connect and communicate with users through this app either in person, or using chat bots (for the purpose of automating certain business processes). This can dramatically lower the costs for customer service activities and increase profits by focusing on revenue generating activities.

Additionally, Messenger targets consumers across all demographics that Facebook already does – This can then be leveraged extremely well, especially when introducing new features. However, this does not necessarily mean that Facebook can actually “steal” the particular demographic that its competitors have such as in the case of Snapchat, that currently is a leader in terms of engagement for 13 to 18 year olds.

Given the nature of the app (instant messaging), there will be a lack of conflicts of interest in regards to political or social factors. However, the feature cloning that Messenger is actively engaging in can definitely bring up legal conflicts, particularly with Snapchat. However, till this day Snapchat has not sued Instagram of Facebook – yet.