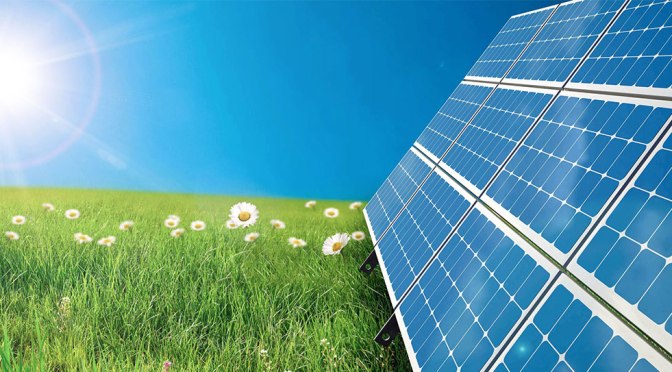 As it might not be the “average” business model transformation we have witnessed over the past years, I firmly believe that this concept deserves a spot on a website that calls itself; Consumer Value Creation. I am not talking about another application that helps us find hedonic goods or that makes our life just a bit more easier. I am talking about a system that can shape our future by providing an incentive to transact and use green energy. I am talking about SolarCoin.

The SolarCoin is based on the same concept as its older brother the BitCoin, namely blockchain technologies. After having experienced a difficult phase in the Gartners’ hype cycle, the potential of the Bitcoin has been higher than ever, and that is not only because of the growing demand from China. And yes I am aware of the recent plunge of the BitCoin. However, this is only a matter of growing pains (BusinesInsider, 2017).

Since it is evident that the middle class is not putting up longer with third party (political) power, the potential of these blockchain driven concepts are enormous. In case of the SolarCoin, anyone that produces solar energy could claim one SolarCoin per megawatt. Since the coin is currently worth around €0,11 it does not seems that attractive. However, it is expected that the coin will hit the €30 in the next couple of years which will provide people an incentive to start producing green energy (MO, 2016). Figure 1 shows the grant process of the solar coin.

When assessing the current energy market, several problems come to mind. Of course, the major problem is the hunt for clean renewable energy, but also issues like third-party seizure, taxes, tracking, transaction costs, risks and theft should not be underestimated (Stanford, 2010). As these issues are widely acknowledged, the number of start-ups in energy land, which are using the SolarCoins as a currency, is booming. Power Ledger, for instance, is a Perth start-up that eliminates the current difficulties with one single solution. According to its CEO, this company aims to enable producers and consumers to trade their (green) energy directly, saving money, hassle and maximizing the use of rooftop solar. Carros (a village in southern-France) is another example of the use of blockchain in renewable energy. Note here that (1) not a single energy company is involved, (2) since it is private generated energy, initially no taxes will be paid, (3) there are no transaction costs, (4) risks and thefts are minimized and finally (5) because of this, people get stimulated to use and generate rather green energy instead of traditional energy (Cleantechnica, 2016) (GE, 2017) Figure 2 shows the village of Carros as an example and provides a simple overview of how this system could be designed.

Despite the fact that this could be a silver bullet for our energy problem, I believe that the traditional incubents will keep on playing a role in the market. It is likely that companies like Power Ledger and currencies like SolarCoin will not replace anything. Where the blockchain technologies cover the transaction part of energy, it will remain unknown how questions like “Did those people deliver the power they promised they’d deliver?” and “Did they consume the power they promised they’d deliver?” would be answered (Microgridknowledge, 2016). The utilities industry is conservative for a reason; people are desperately relying on it.

Agencies like SolarCoin, Power Ledger and Carros are changing the way we deal with energy. Emphasis will mainly be put on the rich and middle-class communities since this is another form of peer-to-peer trading. In that perspective, the growing middle class in Asia and Latin America might provide us with a solution in terms of climate change instead of a problem.