Leave a comment or rate this post, unless you are the “lurker” I am about to talk about. 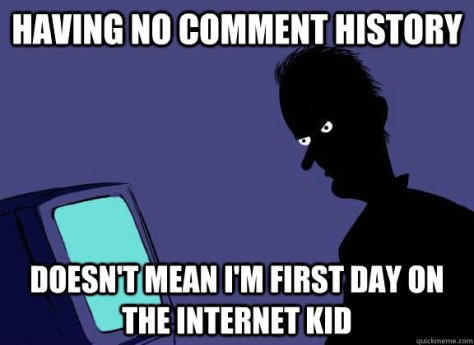 To be clarified, “lurkers” refers to members who simply visit online communities to acquire knowledge and information without active posting behaviors. On the contrary, those who actively post messages are referred to “posters”, who could be seen as more psychologically connected to the online community than lurkers (Hicks et. al, 2012). As it’s an emerging rule of thumb that suggests that only 1% of the users of a user-generated platform actively create new content (i.e. poster), while the other 99% of the participants only lurking (i.e. lurker).

Even though the majority of the members in online communities are silent members who mainly browse and search the online content created by posters, lurkers are still considered as indispensable “consumers” of online communities. Therefore, questions are raised to the relationship with online community support, member relations, and commitment. Yang et.al (2016) conducted a case study of a typical online community in China with seven million members by the end of 2015 – Pinggu.org, where people can exchange their knowledge or seek help regarding economics, management, finance, and statistics. demographic information about its members and each member’s posting history are gathered to test the relationship between perceived online community support, member relations, and commitment.

The authors suggested a theoretical framework (Fig.1) to the question of how perceived community support shapes member commitment in online communities based on the theories of commitment and organizational support and explored how these effects are moderated by members’ social relations in terms of posters and lurkers. (Yang et. al, 2016) The phenomenon of lurking has been often overlooked in the past literatures, while the paper found out that perceived recognition for contribution and perceived freedom of expression were key to lurkers’ commitment to the community, though the commitments for posters would be increased by perceived support for member communication.

Besides, this research also proposed the sense of trust and the norm of reciprocity as moderators between perceived community support and commitments. In other words, online communities’ manager could apply this knowledge to drive more commitments from both the poster and the lurker to online communities, that is, the sense of trust in the context of online environment would strengthen the effect of the felt expression freedom on lurkers’ online community commitment. On the contrary, the norm of reciprocity did not moderate the effect of perceived freedom of expression on commitment for the poster.

First of all, given the fact that most of the past studies on the effect of organization support on commitment have been conducted in the offline context, Hence, the paper was making effort to fill the gap of the applicability of this effect in online user-generated platforms with applying both commitment theory and organizational support theory to the online environment.

Nevertheless, in the research, the effect of perceived recognition for contribution on the commitments of lurkers were not elaborated to explain the mechanism of the lurkers’ commitments, which would also benefit the online communities if they could better facilitate the lurker’s preference while increasing their commitments, keeping in mind that lurkers are an indispensable part of online communities.