Were you popular in high school? If yes, do you still experience the perks you had back then? Can you still sit at the best table, and receive higher grades because you’re the teacher’s pet?

Probably not, because as you’re thinking, we’re living in the real world now. However, in the digital world the high school popularity contest is still relevant. A social media analytics company called Klout tells you exactly how popular you are based on a score ranging from one to a hundred. I thought it would be fun to check my Klout score but the ‘fun’ ended soon – I’m down to a score of 10. Of course I only have myself to blame, as I haven’t tweeted anything in four years and my Facebook profile only exists out of tags and a couple birthday congratulatory posts. Linking my WordPress account surprisingly also didn’t do the trick for at least moving my score more to the average. 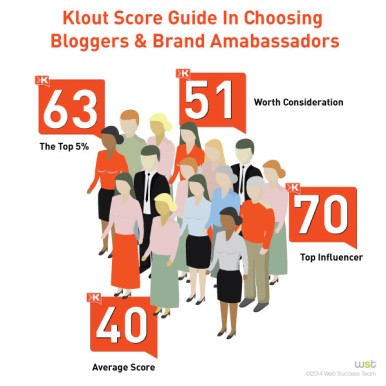 Being popular according to Klout will get you even better perks than sitting at the best table, as for example, you can receive a Canon digital camera or Sony headphones. So how can I improve my score and become popular?  In the video below, Guy Branum explains exactly how the score is build up, and why my score is so dramatically low (Trash Lab, 2012).

I found Klout when I was trying to find a business model which was not about user-generated content, or the sharing economy. Because let’s be honest, most innovative busines models are the “Uber of ..” or the “AirBNB for ..” and at some point I don’t think they’re that surprising anymore. I was wondering whether a business model existed that was based on pure word of mouth (WOM), but not in the form of Tripadvisor, but WOM on social media.

When I found Klout I noticed a short post was written on this blog about the company four years ago. However, I feel strongly there’s much more to say about this company. First of all, I find it weird that personally, I’ve never heard of this company before. This is strange, especially considering how “BIM” the company is! It is based in San Francisco, it uses open source software and thus crowdsourcing (you can create your own app with their API), and last but not least: they use Hadoop! (Klout.com, 2016.)

Before rambling on, let me get more into detail about Klout’s business model. Klout’s primary business evolves around companies paying Klout for Perks campaigns, in which companies can offer free products or services to Klout users. Klout influencers (users with a high score) can receive Perks, however they are not obligated to post or tweet something about it.

So if perk receivers are not obligated to post anything about the product, why would companies give away all those free stuff? One reason for this, I believe, is that users feel normatively commited, and thus feel obligated to enage in that company’s community (Bateman et al., 2011). And obviously, to keep a high score they should keep posting stuff, so why not make a company happy at the same time?

By rewarding influencers, companies know there’s a chance an influential person might spread WOM about their product. Research has tought us that social earned media (WOM) has a much larger effect on sales than traditional earned media (press) and that earned media in general is more cost efficient in reaching customers than paid media and owned media (Stephen and Galak, 2012).

There’s a big win-win-win situation going on here. Consumers get free stuff by being popular, companies receive WOM by paying just a small fee and giving away free products, and Klout receives money for all companies on the platform.

For me, the next step is to get my Klout score up to at least 70 so that I get that camera for free. And as my score is linked to my WordPress account, I guess all you guys have to do to help me is like this post!

One thought on “Social media is just like high school… How popular are you?”