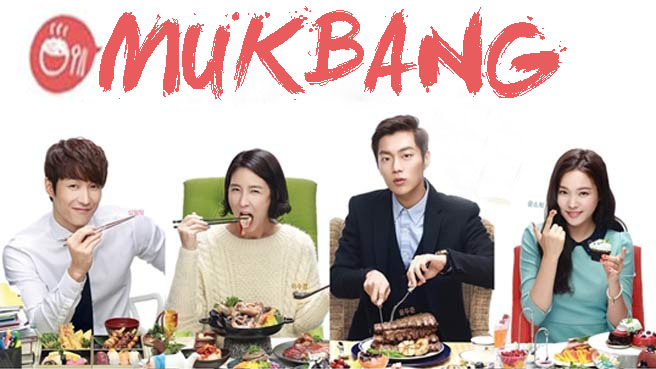 Imagine yourself eating huge quantities of food every day during dinner. While eating, you are socializing with others and the most important part is that you are making money at the same time. Doesn’t this seem like the dream job? This is actually what professional live-eaters (also known as Broadcast Jockeys) do: stream themselves online eating servings of food while chatting away to the viewers (Evans, 2015). These live-streamers are popular to the extent that they are becoming minor celebrities in the Korean culture. But why is this trend, called “MukBang”, getting so popular?

According to one of the most famous Korean Broadcast Jockey: “A lot of my viewers are on diets and they say they live vicariously through me.  There are also hospital patients who only have access to hospital food so they also watch my broadcasts to see me eat.” (Cha, 2014). On top of this, eating together is a huge part of the Korean culture and it means a lot to them. The growth of Koreans living alone gives this trend a boost since they want to be together at a dinner table, even if it’s only virtually (Martin. 2015).

Where is this trend?
AfreecaTV (Any FREE broadCAst TV) is a P2P technology-based video streaming platform of South Korea. It is the platform these broadcasters use to stream their live eating. The majority of Afreeca TV’s content is actually online gaming, where gamers stream their gaming live for others to learn from or comment on. Anyone can live-stream from any device as long as they log in on the platform (AfreecaTV, 2016).

Gift Economy
“Eating broadcasts” became hype when users began to imitate celebrities’ food shows by commenting as they were eating while broadcasting. It became such a success that the top-ranked food stars make as much as $10,000 USD a month, and that’s not counting sponsorships from food and beverage brands (Hu, 2015). But how does it works exactly?

Most US-based live broadcasting sites focus on banner ads or ad-free subscriptions to generate income. In contrast, AfreecaTV monetizes its content through a gift economy, which has the same approach as the Pay-what-you-want model. Broadcast Jockeys receive virtual currency from their viewers as a form of gratitude. This virtual currency, known as Star Balloons, is valued at about $0.10 USD each and viewers can decide their giving amount to the content they watch. Every broadcaster is eligible to profit from the received Star Balloons by exchanging them for cash. Afreeca TV takes about 30% cut–depending on the sales volume of the Broadcast Jockey (AfreecaTV, 2016).

This gifting economy is a unique approach and it means big business for Afreeca TV. Viewers feel better spending their money on someone they can see and communicate with rather than on a less tangible monthly subscription fee. It created a close community on this platform. So after reading this post, what do you think of making your career as a Broadcast Jockey?