Do online reviews matter? Yes they do. Word-of-Mouth is a concept most of you are familiar with. WOM occurs when an individual communicates his or her preferences on an item, product or service that they have previous experiences with (Abălăesei, 2014). The traditional definition states it is ‘oral, person-to person communication between receiver and a communicator whom the receiver perceives as non- commercial, regarding a brand, product or service’ (Kaijasilta 2013, p.7). However with the popularity of the internet increasing several studies introduced the concept of eWOM.

eWOM exists in different types and formats as sources of information (e.g. feedback, ratings and reviews). Blogging is a type of eWOM that has garnered a lot of attention by companies seeking to market their brand. This has attracted researchers to study influences of bloggers on their readers and what contributes to this influence. In the next parts I will look at a study focusing on online shopping intentions: The effects of blogger recommendations on customers’ online shopping intentions by Chin-Lung Hsu, Judy Chuan-Chuan Lin and Hsiu-Sen Chiang. 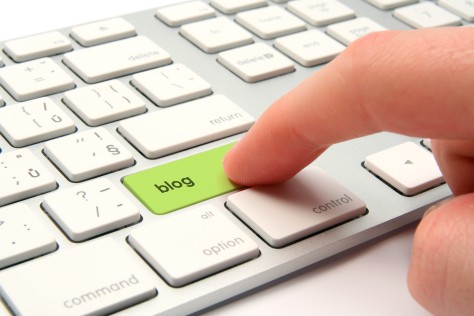 The study focuses on three elements of the Technology Acceptance Model (TAM) to define how the intention to shop is influenced: Usefulness, Trust and Reputation.

In the context of blogging, usefulness is seen as “the degree to which a blog reader believes that adopting a blogger recommendation would enhance his or her online shopping performance”. It is proposed that the Perceived Usefulness will positively affect the attitudes towards and the intention to online shopping. Trust refers to the credibility and the benevolence of the blogger. This encourages consumer transaction and reduces transaction uncertainty. The study proposes Trust will affect blog readers’ perceived usefulness, their attitudes and their intentions. Lastly, reputation has not been considered by the TAM model as it is seen as part of Trust, but the researchers of the study chose to add Reputation as a moderating variable. The eWOM effect has been greater for platforms with a high credible reputation. It is proposed that the reputation of a blogger and the eWOM platform play a factor in the degree to which eWOM influences the reader.

The following image portrays the causal model with all the constructs and their relationships:

To collect data an online field survey was conducted on Taiwan blog users. The construct items were measured on a Likert Scale form 1 (strongly disagree) to 5 (strongly agree). The study found that Perceived Usefulness of recommendation indeed influences the attitudes towards online shopping, however surprisingly it had no direct influence on the intention to shop online.

Reputation affected these findings in two ways. For perceived high-reputation bloggers, Trust is seen as the most important factor in influencing the attitudes and the intention to shop online. This means a reader trusts the blogger to speak the truth and subsequently impacting brand attitudes greater than perceived low-reputation bloggers. For the latter trust is not an important factor in influencing attitudes and intention, however Perceived Usefulness is. If a blogger recommendation is not perceived as useful it will be disregarded since trust in this blogger is low.

Companies and marketers can and should use blogging as a means of influencing brand attitudes and intention of potential customers. Two approaches should be followed in order to effectively influence through blogging recommendations. Firstly, for high-reputational bloggers Trust should be emphasized in marketing items or services as is implied in the previous section to effectively influence attitudes and intention of online shoppin.. Secondly for low-reputational bloggers Perceived Usefulness of a recommendation should be increased for it to be effective in influencing attitudes and behaviour of readers.

The limitations mentioned by the study are mainly focused on the methodology. A self-selection bias may exist due to opt-in questionnaires and the respondents were relatively young which means the results might not be generalizable to all age groups. Future research can study differences within different demographic characteristic for effective marketing strategies across segments.