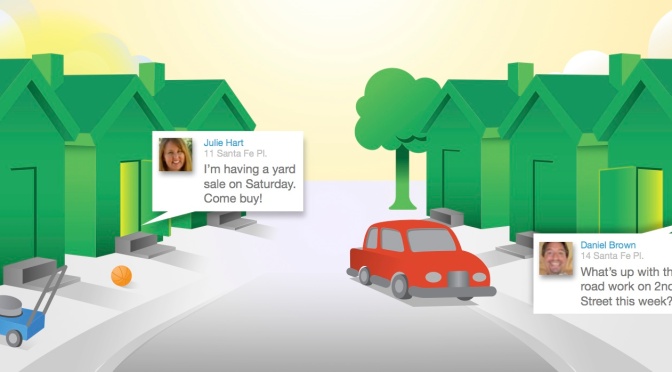 Social networks like Facebook, Twitter, and LinkedIn, make it easier than ever to connect with your friends, relatives, and business relations. Although technology makes it easier to connect with everybody, we often forget what happens in our own neighborhood. In the United States for example, a third has never met their own neighbors (Dahl, 2015). The importance of a good relationship with your neighbors is translate into the Dutch expression:

“Better a good neighbor than a far friend”

Nextdoor is trying to solve this problem by making people aware of what happens in your neighborhood and connect the local community. 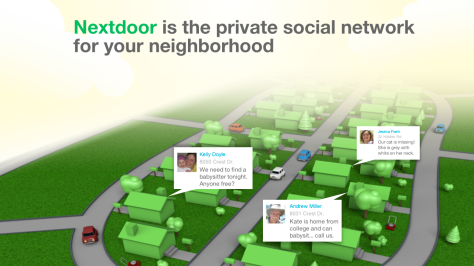 Nextdoor is the private social network for people to interact with people in their local community. Thereby, it is differentiating itself from other social networks as they solely focus on the local community. People are using Nextdoor for example to update each other on safety and security of the neighborhood, look for a trustworthy babysitter or ask help to find their lost dog (Nextdoor, 2016). Through this platform, Nextdoor wants to create a more secure and connected community. 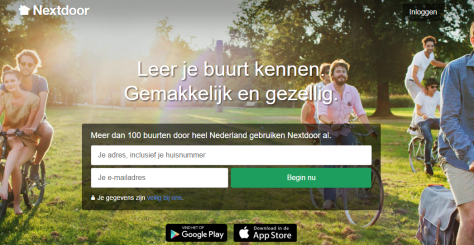 After a successful launch in the United States, Nextdoor has launched it in The Netherlands as well (Lev-Ram, 2016). One of its claims is that it creates a safer neighborhood. The University of Tilburg conducted research on the security of neighborhoods where there was a “WhatsApp-neighborhood watch” and they found that the number of burglaries has declined with 50 percent (Kidd, 2015).

Currently, they do not have a business model yet. The platform has a positive same-sided network effect, as it becomes more interesting for users to join the platform when more people in the same neighborhood are using it (Rochet and Tirole, 2003). They have announced that in the future they intend to shift towards a business model where they connect local businesses with the local community and facilitate the exchange of goods and services (Martin, 2011). This shift will cause a positive cross-sided network effect on the platform (Rochet and Tirole, 2003).

For two-sided network, pricing is usually complicated. In order to choose a price for each side, Nextdoor needs to determine the WTP for each side (Eisenmann, 2008). Nextdoor should subsidize the more price sensitive side (e.g. local residents) and charge the side that has the monetary benefit whenever the other side grows (e.g. local businesses, municipal council).

In my opinion, this platform would be great to use for local crowdsourcing initiatives, as the residents of a neighborhood would like to have their say on what happens in their neighborhood. Local businesses and the municipal council can use crowdsourcing to generate new ideas and solve problems (Tsekouras, 2016), while building a relationship with the residents. As a result, they will be able to start new projects, offer products and services, and solve problems customized to the needs of the neighborhood.