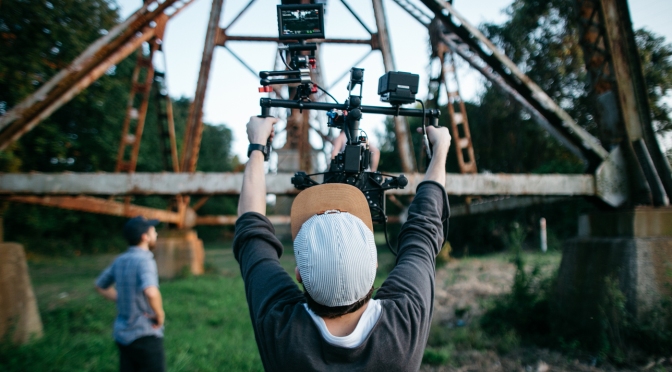 Creating and writing up an excellent script is already hard enough, however raising funding to make the screenplay to reality and brining the film to the cinema in front of audience represent another big challenge to the filmmaker. In recent years, heat waves of crowdfunding shed a light on film industry as well. The emergence of film crowdfunding has made some breakthrough in assisting film projects especially for independent filmmakers to raise funding.

According to the statistic provided by several crowdfunding platforms, the average success rate of film projects is 43% (Stephen Follows.com, 2015). Since then, filmmakers start seeking help from the crowd in order to raise money, gain support and create buzz for their projects. Seed & Spark, a film-focused crowdfunding platform is set up to help independent filmmaker get their projects through the dream to reality. On Seed & Spark platform, the success rate can reach to 75%; it has generated more than $1.8 million for 114 film projects (the average funding raised per project is around $17,000) which is 2.5 times higher than any other platforms in 2015 (Seed & Spark.com, 2016).

Filmmaker should submit the plan of crowdfunding campaign including the budget or wish list and costs for completing the film. The crowd can choose to directly fund the project; or donate or loan items which is mentioned in the wish list. Except posting the budget and costs of the project, filmmaker is encouraged to deliver more information such as the story of the film, the introduction of team members as well as trailers or posters of the film.

Interestingly, Seed & Spark also provides two useful and important functions on the crowdfunding campaign page. The first one is called “update”, the filmmaker is encouraged to post updates about the project. Through posting updates of the progress, it will provide information to the contributors who keep an eye on the project know what’s up. Moreover, if the content of project updates are positive, it may further attract more contributors.

The capital is released to the filmmaker when the funding has reached to 80% of the goal. If the crowdfunding campaign is successfully reached to the goal and gather more than 500 followers, Seed & Spark will assist filmmaker in distributing the film through its own sites as well as major cable and digital platforms such as ITunes, Comcast, Verizon, Netflix and Hulu.

The Future of filmmaking

In March 2015, Seed & Spark parted with Emerging Pictures an all-digital film and alternate content network of theaters in the US which expand theatrical distribution to filmmakers who crowdfund on the Seed & Spark platform (Schroeder, 2015). This greatly diversifies the movies available in local cinemas, meanwhile, it also engages various type of audiences. Seed & Spark always emphasizing the importance for filmmakers to engage and build audiences. Only with their support, filmmakers are able to make and distribute the films they want to make. Partnering with Emerging Pictures will assist filmmakers keep their audience not only online but also in movie theaters across the country.