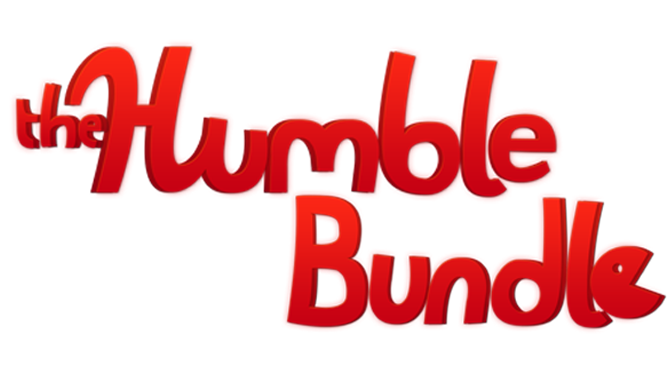 The video game market is huge. In 2014, the global market for PC and console games was valued at 46.5 billion US$ (Statista, 2016). Steam – the largest PC gaming platform – had just over 6000 games in its library at the end of 2015. This number has grown significantly given that there were roughly 3700 games in the Steam library in 2014 (Makuch, 2015). Add to this the price of games which usually ranges anywhere from $15 – $60 and you will understand why the industry has grown so large. But what if you’re a broke but charitable student? Surely there must be a way to get your fix of new games, without breaking the bank?

That must be what Jeff Rosen of Wolfire Games must have thought in 2010 when created the first Humble Bundle. Rosen saw the large increase in sales and exposure other developers had gotten through distribution of games on a “pay what you want” (PWYW) basis and decided to pair up with other independent game developers to create the first Humble Indie Bundle.

The concept is very simple at heart. The Humble Bundle organization teams up with (independent) game developers to provide their games on a PWYW basis. The proceedings of all sales are split between the developers and a charity (of the consumer’s choice). The division between the two is fully in the hands of consumers who can thus for instance choose to give 100% to charity and 0% to developers. The initial bundles were all multi-platform (OS X, Linux, and Windows) and Digital Rights Management (DRM) free.

The concept was a success and The Humble Bundle was spun out into a separate entity by the time the second bundle arrived. The Humble Bundle concept has since then grown significantly. From indie games, the company grew to also provide bundles in cooperation with large game industry players like Origin, THQ, Square Enix and 2k. The Humble Bundle crew did not stop there. Currently, the organization offers weekly and monthly bundles, e-book bundles, mobile application bundles and a Humble Bundle store which donates 10% of its proceedings to charity. The bundles are a huge hit amongst consumers. The extent of the success was reviled in a 2014 interview with the co-founder of Humble Bundle who announced that the organization had raised an over $50 million for charities and over $100 million for developers (Johnson, 2014).

So what’s in it for the parties involved: Consumers, Humble Bundle, developers and charities? First of all, consumers are mostly interested for two reasons: The ability to receive a video game, e-book or mobile game at a (significant) discount given that consumers can pay according to their valuation of the product and secondly the satisfaction of receiving a video game while at the same time supporting a good cause. The Humble Bundle earns money by being included in the division of the price paid by consumers as shown below. Consumers can also reduce the slider for the Humble Tip to 0. The organization has however made sure that adjusting the sliders requires effort given that the sliders are by default hidden behind a collapsible menu.  Developers partaking in the Humble Bundle benefit in two ways: Firstly they receive additional sales and secondly their game brought under the attention of hundreds of thousands of consumers that become aware of the developer and their work. Even though consumers could potentially give $0 to developers, the interview with the Humble Bundle co-founder shows this rarely happens in practice.

Furthermore, partaking in the Humble Bundle is oftentimes even a very profitable activity for developers. Research has shown that PWYW mechanisms can outperform fixed price mechanisms in certain situations. For such a situation to arise, the marginal costs have to be relatively low and the consumers’ behavioral considerations have to be significant enough to encourage voluntary payment” (Chao et al., 2015). The Humble Bundle provides such ideal situations. Lastly, the benefits for the charities are obvious. They receive large amounts of donations without significant amounts of effort.

To conclude, the Humble Bundle provides great value to all involved. I feel that part of the success of the Humble Bundle lies in the combination of PWYW and giving to charity. I think that this combination leads to more people partaking in the platform and more people paying higher amounts. This is the reason why I can imagine Humble Bundle increasing its offering to include more (unrelated) services or products or the formation of new organizations employing a similar mechanism in an industry where the use of PWYW is growing (hotels, restaurants, software etcetera).