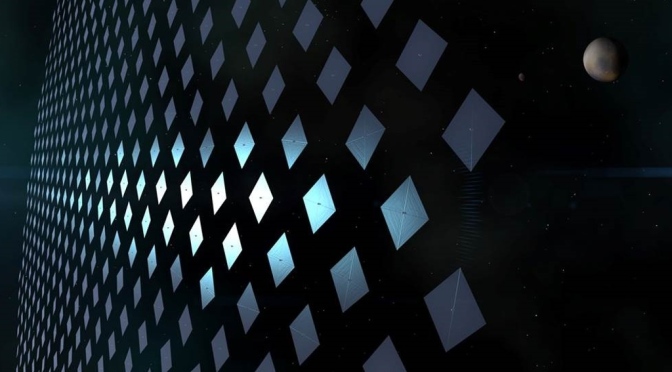 As I recently wrote about Local Motors, an online co-creation initiative to launch the first 3D printed car, I would like to point you to yet another fascinating example of co-creation: Project Dragonfly.

The Dragonfly project aims to explore interstellar flight (a space mission that goes beyond our solar system!) through leveraging not only technologies such as complex computing and the miniaturisation of space flight components, but phenomena such as co-creation, design competitions and crowdfunding as well.

Now, although the technologies involved to get a satellite to travel to other stars is fascinating stuff (the mission enhances a laser-propelled spacecraft that ‘sails’ through space, more information here) I would like to point you to the way the project leverages co-creation, quite the way as local Motors does: through design-based competitions. The difference between Local Motors and Project Dragonfly however is that Local Motors pays royalties on each car sale to successful designers, whereas Project Dragonfly awards fixed sums of money to successful contestants in the form of a prize.

Design competitions are more and more used by new initiatives, but how do they work? First, the initiators define their goals and set up proper design requirements in order to identify so-called ‘performance drivers’ and ‘showstoppers’. Within the limits of these requirements, students, scientist, innovators and entrepreneurs are then invited to come up with innovations. Deliverables of teams participating in such a competition consists of a final design report, which covers all areas that are relevant to makt a mission a success and to return scientific data. With DragonFly for example, a team could report new findings on instruments, communication technology or new usage of power supply. Also, teams have to research economic and technological feasibility. Instead of granting one prize, competitions (as is the case with Dragonfly) offer cash prizes for multiple areas of technological development, allowing multiple teams of people to innovate and succeed in a particular area. Hence, design competitions speed up technological advancement in multiple areas at a given point in time. Finally, design entries are evaluated by industry experts and winners are chosen. The results then could form as a basis for future technology development of a mission. Participants are invited to continue working on their project or could be offered a contract to join the initiative. The design competition itself is financed through a crowdfunding campaign. Funds raised allow the organisation to market, raise awareness about and support the design competition.

It is great to see more and more initiatives leveraging co-creation to make steps in technological advancements. One wonders what potential co-creation beholds for the future. Will it one day enable us to travel beyond the stars?

For more information read the original article from the blog Centauri Dreams.