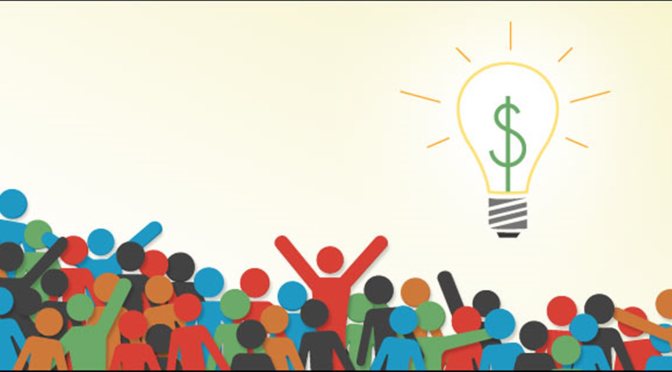 It is hard to not have noticed the immense increase in popularity for crowdfunding. The concept of allowing you, as a customer, to directly influence the creation of a product you always wanted or a company you really like, is very appealing. It gives consumers power. And if anything, people are always interested in power. However, as with every exciting new development there is also a dark side to crowdfunding. Over the few years that crowdfunding has existed, there have been a couple of instances where successful crowdfunding campaigns turned out te be a fraud. A famous example is the Kobe Red campaign on Kickstarter, which promised their funders the world’s first beef jerkey from Kobe Red meat. In the end it turned out the company didn’t even exist. However, apparently enough people were convinced that the campaign was legit, as they managed to raise $120.000.

Now this provides an interesting perspective to crowdfunding. What makes a campaign appear legitimate enough for potential investors to proceed and donate money? This is what Frydrych and his colleagues (2014) have attempted to uncover in their research. They looked at some aspects of crowdfunding campaigns and in what manner it influenced the legitimacy of the campaign. Their main findings:

A moderate funding goal sends the signal that the entrepreneur is cautious and realistic. This is therefore a good sign of legitimacy for funders. Also, when a campaign has already accumulated some funding, this is a big sign of legitimacy towards other funders, who are much more likely to invest then. A report from Seedr, one of the larger equity crowdfunding platforms, mentions that once a campaign hits 30% of its funding goal, the chance to reach the entire goal jumps to 90%.

An interesting aspect of reward-campaigns are the perks they offer their funders. The perk is often the main motivator for funders to donate. As such, the type of perks might also influence the campaign legitimacy. Frydrych et al. did not find conclusive results for this, however I feel there should be a more in depth look for this topic. For instance, some campaigns offer a perk to meet the team. This might signal legitimacy, as it proves that the team exists. Also, many campaigns offer a pre-order of their product as a perk. Legitimacy might be less important for these type of perks since people simply want the product. Campaigns that focus more on the company, such as musicians raising money for their album, might need more legitimacy for funders to donate.

Finally, it appears that a team of entrepreneurs is considered more legitimate than just a single entrepreneur. This makes sense, as there is usually more expertise present in a team which increases the chances of success for the company. Investors are more likely to invest in companies with high success chance.

Overall the article gives some interesting perspectives, however it did not include all the possible aspects that could affect legitimacy. Mollick (2014) mentions quality signals such as spelling errors, preparedness of the entrepreneurs and social presence of the team, these could all affect legitimacy as well. It would be interesting to see if legitimacy could be used as an overall explanation of funding behavior.