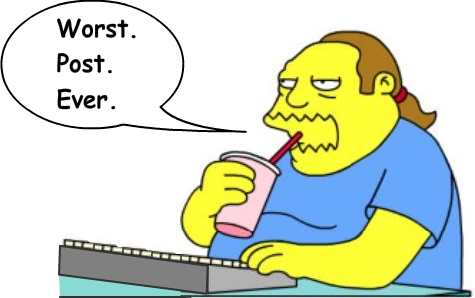 “Utter rubbish”! No, this is not another negative characterization I use for my new blog post. Shockingly, it is a review of one of the users of IMDB regarding the film “The Shawshank Redemption”, the most highly rated film in the website’s database. As firms make it easier and more accessible for users to write reviews about various products, we see more and more people seizing the opportunity to bash on something that offered them an unpleasant experience.

“Absolutely filthy, dark & damp” is stated in another review on TripAdvisor about a certain hotel. Other users choose aggressive titles such as “Do not book unless you have money to throw away or you are stupid”, while in Amazon you can find reviews for products stating they are “total crap” or “garbage”. But to what extent are these reviews actually helpful? Do they really offer an objective view of the product that can help other consumers like us make an informed purchase decision? 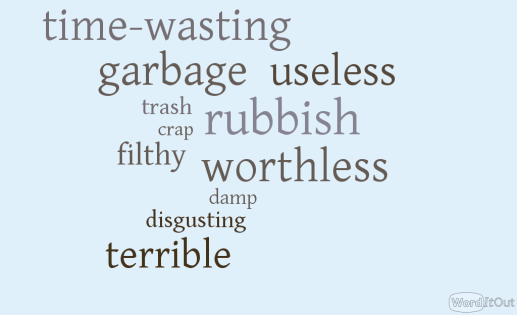 Let’s get back to the first example of “The Shawshank Redemption”. Another negative review starts with the phrase “I’m sorry, I don’t mean to offend people who like this film but..” before starting to list all the harsh critique on this highly regarded movie. Both reviews have the same star rating (1). But are they equally helpful to the eyes of users? Apparently not. The use of phrases such as “I’ll be honest”, “I don’t want to be mean, but” and “god bless it” is found to soften the tone of negative reviews and change the perception of them by the users (Hamilton et al., 2014). These phrases are called dispreferred markers.

The main use of these markers is that they help the reviewer in acknowledging that his opinion is not accepted by everyone and might lead to confrontation. They serve as a signal, through which the reviewer states that his writing might lead to social awkwardness and disagreement (Hamilton et al., 2014). Therefore, users who intend to negatively review something use these markers as tools to prepare the reader about something unpleasant that is mentioned in the review. And this in turn translates into people perceiving the negative review as more helpful. This is exactly what Hamilton et al. tried to discover in their paper “We’ll be honest with you, this won’t be the best article you’ll ever read”. And to do so, they use mainly 2 hypothesis:

H1: People who communicate using dispreferred markers will be evaluated as more credible

H2: Dispreferred markers will increase the perceived likability of the communicator

Essentially, if the reviewer uses such markers, he/she acknowledges that the shared information might be socially costly as it is unpleasant for some people. He/she then tries to soften the tone of a harsh critique and that makes it, in the eyes of the readers, seem more gentle and thoughtful.

The authors used 5 experiments, through which they were able to validate the two hypothesis above. But apart from that, they were also able to prove that the effects are not limited to the English language, as they conducted one of the experiments in Dutch. They also showed that the marker effect persists even if the review is short and that it also has an impact on brand personality. In essence, the use of dispreferred markers in product reviews increased brand sincerity and the user’s willingness to pay for those products. 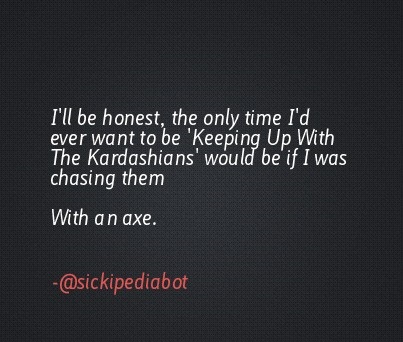 Nevertheless, this subject is not totally novel. There have been numerous studies in marketing that show the importance of the framing of a certain message (e.g. White et al., 2011; Gamliel & Herstein, 2012). But this study makes a significant contribution, as it shows that even negative reviews can be useful and can improve the image of a product. The effect of a negative review with a dispreferred marker was even stronger than that of positive reviews. Firms should therefore aim at creating a polite customer base and hope that customers will be more “restrained” when they want to express their negative experiences (Hamilton et al., 2014).

Therefore, in the future try to use dispreferred markers in your negative reviews if you want to seem more credible. Can you soften your critique after a bad experience? I know reading my blog post was certainly one, so please try to start now!

Short explanation of the article by one of the authors:

Hamilton, Ryan, Kathleen D. Vohs, and ANNL MCGILL. “We’ll Be Honest, This Won’t Be the Best Article You’ll Ever Read: The Use of Dispreferred Markers in Word-of-Mouth Communication.” Journal of Consumer Research 41.1 (2014): 197-212.