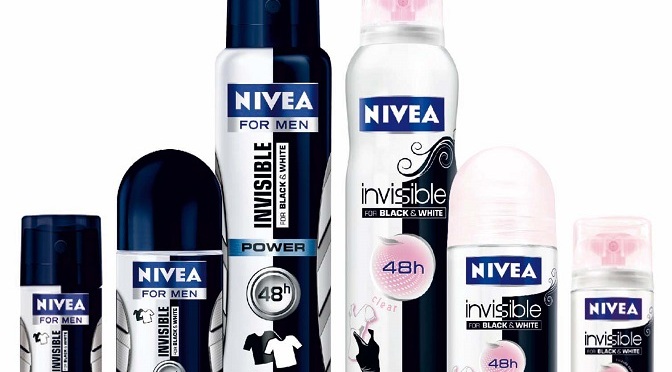 You might have heard of Nivea’s new product: Nivea Invisible for Black and White (check out all the available products: http://www.en.nivea-me.com/products/Deodorants/black-and-white). This ‘revolutionary’ new deodorant is Nivea’s latest co-created product.

Throughout the development process of the deodorant, Nivea has worked with consumers, not against or separate from them. This case is a nice demonstration of how co-creation can become a valuable part of a business’s innovation strategy.

The figure shows how Nivea enabled customer empowerment in the development of the deodorant. In addition to the figure, I would argue that there is also a step 0, which is the problem discovery phase, applicable for both the consumer (discover your own need) as well as Nivea (hunt up the customer need and set up the co-creation program). Stage 0 forms the basis for step 1, which is more the translation of consumer needs into user solutions (thus assuming that a consumer knows his/her needs).

The co-creation program shows a niceand Nivea, where the consumer is involved in the new product development. This involvement leads then to the development of better products and at the same time reduction of costs and risks in general if customers in a given domain are willing and able to deliver valuable input. This effect is also amplified because the Internet allows companies to build strong online communities through which Nivea can listen to and integrate thousands of customers from all over the world.

What Can We Learn From Nivea’s Co-Creation Program?

Looking at how co-creation can shape an organization’s internal processes and can foster innovation, it is important to note that much of the value lies in the co-creation process, rather than the end results. When companies aim to integrate co-creation ambitions, they should set up strong team-based responsibilities and metrics for the process instead of the outcomes. Moreover, incentives tied to both the process and the results should then foster innovation through trial and error. Co-creation is not necessarily the best way of product development, but it surely adds value in many ways, most of them tied the process in which consumers are involved in the product development:

In the case of Nivea, consumers had full empowerment. In both the generation of ideas and solutions as well as the selection of the best ideas, consumers were put in charge. Additionally, consumers were given the opportunity to provide improvements of the ideas and raise questions or concerns about the ideas. From a methodological perspective co-creation with consumers proved to be most effective when qualitative and quantitative techniques are applied in alternating sessions for ideation and for evaluation and selection.

In the end, co-creation needs to be considered as a programmatic approach that aligns internal R&D capabilities and external knowledge and creativity beyond single projects.