Introduction
Cryptocurrency might be the one example where co-creating meets value creation in the most efficient sense possible, without additional transactions co-creation is turned directly into money. More specifically co-creation means creating money when it comes to cryptocurrencies such as the Bitcoin… 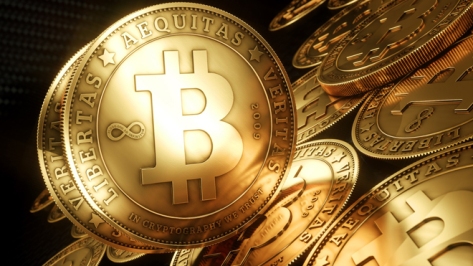 What is cryptocurency and how does it work?
Cryptocurrency is a form of digital currency. Nowadays many different types exist of which the Bitcoin is probably the most well known variety. Other popular cryptocurrencies are the Ripple, Litecoin, Peercoin, and Dogecoin. All these currencies have their origin in the 2008 paper by Satoshi Nakamoto. Satoshi Nakamoto is a bit of a myth himself and all sorts of rumors revolve around this person or group. A Bitcoin can be seen as a chain of signatures that are recorded from transaction to transaction. Transactions are recorded digitally in a public ledger. The currency is also decentralized, meaning that the transactions are not checked by one entity but many entities at the same time, and really the network holds ownership of the Bitcoin technology. The payments take place in a peer-to-peer system thereby getting rid of intermediaries such as banks or credit card companies. Requiring a lower fee for the transactions. Furthermore the currency can be anonymous in the sense that, if someone wants to go through a bit of hassle, nobody can see who is behind a certain “digital wallet”. The main advantage is that Bitcoins are easy to trade and a fee for the transaction is only optional (if you want to jump ahead of the cue). The main downside however is the high volatility with the price of the Bitcoin rising steeply around December 2013, to drop almost as steeply as well soon afterwards.

How does co-creation play a role in cryptocurrency?
The transactions are verified in a network and this is exactly where co-creation comes into play. So called miners are people or groups that make their CPUs or GPUs available for checking transactions. As previously mentioned people can reward miners by providing a certain fee for the verification of their transaction. For the people giving the reward it gives them the benefit of their transaction being handled with priority, while the miners would preferably selection those transactions with a reward to generate bitcoins for themselves.
Another option is the checking of blockchains which are rewarded by the system with 25 Bitcoins per new block found. The Bitcoin is nowadays trading at around 450 dollars so this might seem like a hefty reward. However as the amount of miners increases the difficulty of finding new blocks increases as well. This is why nowadays you see more and more mining pools in which groups of people combine their forces and increase their chances of claiming the reward. However, at the current difficulty the costs of electricity used are hardly recovered by anyone, which makes you question all the fuzz around this digital gold rush…