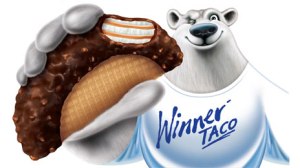 Looking backwards, the late ‘90s had quite some powerful stuff for kids: embarrassing boybands (and girlbands), videogames on floppy disks, the first Playstation, Oasis, Blink 182, Yo-Yo, and much more. In particular, in those days, Italian kids were in love with a brand new product: the Winner Taco. Winner Taco was an ice cream produced by Algida (which is how in Italy we call the Unilever brand “Ola”), and there was nothing nearly as cool when it was launched in 1998. Nor as delicious. Then a few years later, in 2001, Winner Taco disappeared from our cafes and supermarkets. End of the story? Not this time. Some 10 years later, those kids have grown into the first generation of social network users. And one day, a group appears on Facebook: “Bring back the Winner Taco.” 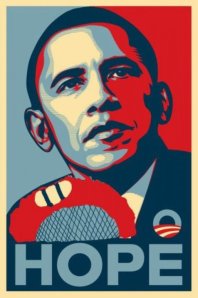 The group quickly becomes a community in which users share jokes, motivational posters, but also memories from the “good old days.”
But the group is not only a gathering place for nostalgic youngsters; it is also very active, and with a clear strategy in mind. Indeed, users start trolling Algida’s official Facebook page. Every time a post, picture, video et cetera is published on that channel, immediately users start to post pictures or jokes with a common denominator: bring Winner Taco back. The phenomenon grows in intensity and continuity, to the point that Algida cannot use its channel anymore. Interestingly, Dutch and Swedish Winner Taco fans put the same pressure on Ola and SB Glace, respectively. Bottom line: on January  2014 the following post appears on Algida’s page:

No need to tell you which product the polar bear is associated to. No need to describe the happiness of the consumers either, in a large majority almost incredulous that they actually made it 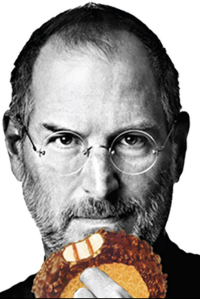 happen. Interesting, this is a quote from Unilever Italian website: “listening to the requests by internet users, we understood we were dealing with a real group of fans, with real and concrete love for Winner Taco. This had considerable weight in deciding the strategy to adopt.” Moreover, “The Winner Taco episode shows how important is to have a direct connection between customers and companies. We consider this a success, since our attitude of listening to our customer has enabled us to meet a desire of theirs.”

Maybe the process was not as smooth as Unilever a posteriori reconstructs it (but hey, it’s marketing, baby) since users had to insist for a long time before getting their Tacos back. But the message stands quite powerful nonetheless: putting customers in charge can lead to win-win situations. In this case, consumers get their ice cream back, and experience the thrill of having achieved something. Unilever, on the other hand, besides selling a successful product obtains positive branding (and can take back control of one of Algida’s Facebook page). In other words, joint pay-offs have been generated, and value has been co-created (Saarijarvi et al. 2013).

Epilogue: a few weeks ago I went back home for the Easter holidays. My brother told me: “Hey, did you know they brought the Winner Taco back?” It came as a surprise, since at the time I didn’t know about the campaign described in this post. The following day I rode my bike to my elementary school. I entered the same old, little café in front of it, with the same old, big refrigerator full of Algida products. How could one resist to have back a bite of his childhood, after all?